A considerable part of our decision making is guided by the subconscious and this is also the case when it comes to making decisions on spending. As the results of a study reveal, our subconscious is always alert, even in a loud and busy environment such as the hustle of a cocktail party, people are able to filter and identify information that is relevant to them, for example, their own name and one specific conversation. This phenomenon is known as the Cocktail Party Effect. But what does that have to do with purchasing a car?

The processing of stimuli on a psychological level

The results of the experiment suggest that an acoustic stimulus is never only processed on a physical level, but also always has psychological relevance. Without being aware of it, we constantly evaluate and categorize the acoustic input we receive. Many of the decisions we make every day remain unconscious to us and though we might consider them to be our objective choices, we are often influenced by the environment a certain product or service is placed in. Similarly, advertising leaves us with a positive image of a product, in the same way as an attractive sales office and the charms and appeals of its employees can direct our decisions. Indeed, it is not only acoustic signals that appeal to our unconscious, but stimuli of all kinds.

A gravel car park versus an elegant show room – the same car?

The significant impact of our unconscious on our processes of perception and evaluation is highlighted by yet another study: Two groups of participants were shown a picture of the same middle-range car. However, whereas the first group was shown an image of only the car, the second group saw an image of the car accompanied by an attractive, young woman leaning over the driver’s door. Besides being pleasant on the eye, the girl had no other function.

After looking at the photographs the members of each group were asked to assess the car. Interestingly, the group which had been shown the image of the car with the woman judged the car to be more expensive, more appealing and more youthful than the first group, but also it was estimated to be less secure. Nevertheless, 90% of the participants claimed to have focused only on the car and said that they did not let themselves be influenced by the good-looking girl. Well, this certainly opens up new possibilities for implementations/sales strategies at the Point of Sale since the prestige of a business and its environment clearly impact on the costumer’s perception. And indeed, those factors are taken into account.

Car manufacturers and their hostess girls – why?

The principle of displaying a car together with an attractive woman seems to work just as well/to be applied just as successfully at big car fares: In order to create a more appealing, exciting and youthful image of the car, the manufacturer hires good-looking girls, so-called hostesses, who then pose next to the car. In the course of the event, journalists take pictures of them and hence also their audience will see these pictures of the pretty girls next to the new cars. Often these pictures go all around the world – especially if a new product is at stake.

It can be assumed that the same effect is hoped to be achieved: And in fact, sometimes it seems that representatives of the media forget about the car and only remember the brand an the beautiful girl associated with it. A few days later, the car itself might be perceived in a more positive light and even the article written about it could turn out more enthusiastic.

…so last time you were at the car dealership, did you really just look at the cars?

Benjamin Brodbeck, 24 years old, is a multifaceted petrolhead. Besides his work as a jazz pianist, he brings his passion and knowledge about cars as a publicist at AUTOmativ.de. He studied Automotive Business Management and is currently doing his master’s degree in journalism at the University of Vienna. 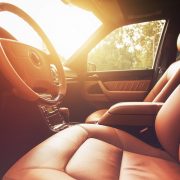 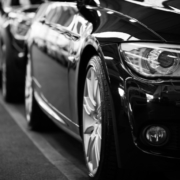 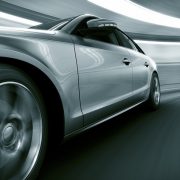 We are the customers! Why what we experience will shape the future of the car industry 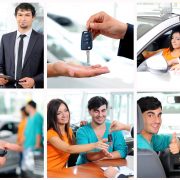 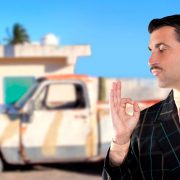 Purchasing a new car – Allow us to help you

If in Doubt Choose the Car – Why?

We are the customers! Why what we experience will shape the future of the car...
Scroll to top
This site uses cookies: Find out more.