Michael Knight: [Kitt has won the first round of Blackjack] They call that beginner’s luck, pal.
KITT: As I understand it, the phrase is ‘Shut up and deal’.

We might not be there just yet with our cars having a vivid personality like KITT, but we sure do have intelligent cars hyper connected and customized to our own needs.

KITT – the famous talking car from Knight Rider, a series launched in 1982 – had a ton of cool features like the Turbo Boost, allowing KITT to jump and pass road obstacles. Or how about the Money Dispenser. KITT could actually give Michael money when he needed it.

20 years later, cars have multiple of  the features KITT displayed. For starter, the Emergency Braking System which slowed KITT down from super-pursuit speeds can be compared to the Emergency Brake Assist System most cars have today, first developed by Daimler-Benz. While security being priority in car technology advancements, parallel car manufacturers are working towards giving you your very own KITT.

Mercedes-Benz has ever since the very beginning in 1886, with the first petrol driven car, been a pioneer in delivering modern car technology. They produced the very first modern automobile in 1901.

This coined the start of the Mercedes Era and since then Mercedes-Benz has kept on delivering premium cars tailored to the high end clientele.

“The best or nothing” Mercedez-Benz gave birth to a new service concept 2014 called Mercedes me. “A reinvention of mobility” as they call it.

“Where did I park?” Ask via your phone.

“Where can I go for a great steak?” Call up a personal concierge who not only gives you the options but also prepares your car’s navigation.

The automotive industry is re-inventing itself in every part of the human connection. Whether it’s about car connectivity or store experiences, making sure you get the service you deserve. The best or nothing. Every touch point with the brand is becoming an experience.

The future of the car experience is here. And it’s just the beginning. 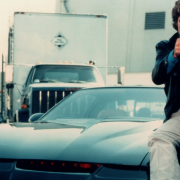