The day before I started writing this article, somebody asked me a typical get-to-know-somebody-better question: “Tell me Davy, what is the best holiday you’ve ever had?”. I liked this question, on one side for the obvious reason that it’s always nice to think about vacations, but also because it brought up some very nice memories of trips I had been on the last couple of years. All of these had their own story to tell and were great in different ways, but as I had to pick one, I decided to mention the one I had been on almost 4 years ago.

To start with: I had never been in the boot-shaped country before. Most of my childhood holidays actually took place on and around Mediterranean coasts, but these were located in Spain; and years later I managed to miss the typical school excursion to Rome that so many Belgian teenagers go on. So, all these years later, it was about time to discover why so many people love going there, but a quick look at the map of Italy made clear that choosing the perfect location would be more difficult than expected: The mixture of cultures in Südtirol, the beautiful nature of Lombardy, the Venetian lagoon, the cities and food of Emilia-Romagna, the Ligurian seaside, the Tuscan hillside… and then I had only checked the central Northern axis of the country, not even getting as far as the Eternal City in the middle. I decided not to look any further, and planned out a route which would lead me to places in almost all these regions, offering a nice mixture of mountains & seaside, cities & countryside, culture & relaxation, making sure that the trip wouldn’t get too exhausting. I didn’t want to return with a higher stress level than the one on which I had left of course. It would also mean a thorough test for my car: would it be able to cope with the height of the Alps?

Okay, I know. You are now probably thinking that I am exaggerating, and – admittedly – I guess I am. It’s not as if I were driving around with a 50-year-old car that only manages to climb a hill when it has a height difference of maximum two or three percent. No, the vehicle that would lead me there was an 8-year-old Renault Clio, with 65 brake horsepower at her (Clio was one of the muses in Greek mythology, so I considered my car to be female) disposal. So, she wasn’t the toughest car you’ll ever see, but I can tell you that she didn’t disappoint me one bit.

Truth be told, on the highway she was no match for the Audis, Porsches and BMW’s of this world as these cars overtook her quite easily, despite managing to squeeze out an – for her standards – impressive maximum of 163km/h (before you think that I broke the law there: it was in Germany, in a long straight line without any speed restriction, so it was fair game).

However, once in Italy, she turned out to be one of the very finest around. Not only did she cross the Alps as easily as any other car, on the twisty-turny Italian roads (especially those around the Cinque Terre) she had the clear advantage over the same Audis, Porsches and BMW’s that overtook her so greedily a couple of days before, thanks to her excellent manoeuvrability and surprisingly good acceleration after every corner. It was the entire David (any reference to my own name is purely coincidental) and Goliath story all over again, and certainly contributed to the good feeling I was left with after that holiday!

In the years that passed since then, that very same car has taken me to some more very nice places in Europe, sometimes for leisure, but twice for professional purposes as well, more specifically to visit my colleagues in our Hungarian office in Budapest. And as the journey is at least as important as the destination, organizing a road trip there gave me the opportunity to visit other cities and landmarks on the road as well, such as Salzburg, Vienna, Lake Balaton, Prague and Dresden; piece by piece places that also popped up in my mind when I was asked about my favourite holiday.

In the end, I believe it is fair to say that this car has played an important role in my holiday experiences of the last couple of years, and I like to consider this blog post as a last tribute, because unfortunately I had to say goodbye to her two months ago.

Let me assure you, the following sentence is not meant as a sexist or macho remark in any way, but: She simply got too old, so I had to trade her in for a younger model. There are fewer and fewer places in which a 12-years-old diesel car is still considered welcome (Antwerp, the city in which I work, is no exception), so it was time for me to purchase a new car, obviously following the steps I have mentioned in my previous blog post.

So, the newcomer has big wheel caps to fill, but I have full confidence in her and already will give her a first big chance to prove herself in a couple of weeks from now:

Davy is active in the BARE International office in Antwerp. He has a Master’s degree in Multilingual Communication, and can get himself understood properly in 5 languages. Professionally he’s mostly busy with cars and wireless speakers, topics he’s fond of in his private life as well – apart from other hobbies, such as travelling, cooking, cycling and football. 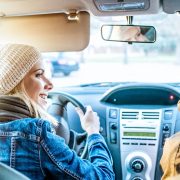 Car-sharing, is it a consumer trend or the way towards autonomous driving? 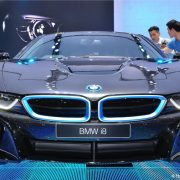 How can mystery shopping help you open a new page in your career?

When shopping becomes a mystery
Scroll to top

Fill out the form below to Access the Benchmark Studies