Located in the valley of the Scheldt-river in the North of Belgium, the city of Antwerp is internationally renowned for a couple of pretty nice things: It carries the nickname ‘Diamond Capital of the World’, is home to the 2nd biggest port of Europe and to one of the most beautiful railway stations in the world, was the hometown of famous painters such as Sir Anthony van Dyck and Peter Paul Rubens etc.

Surprisingly though, there has never been a tourist guide in the world who has mentioned that in Antwerp, you will also find the 2nd oldest Bare Associates International branch, preceded only by the home office in Fairfax, Virginia. At least… not until now: Antwerp office in 5 touristic bullet points!

Truth be told, for a very long time, nothing worth mentioning happened in this building really. But that has changed recently, because in August 2012, after having worked elsewhere in the city for 15 years, the Bare employees could begin to call this building their workplace. Ever since that beautiful day of summer, so many things have happened: Hundreds of clients have visited the office, thousands of coffees have been drunk, millions of phone calls have been made, billions of emails have been sent and received, and so on.

The Antwerp office is located in a street called Meir, which is known as the biggest shopping street of the city. With current retail and luxury clients close-by and possible clients even closer, this location is ideal to host a mystery shopping company. It’s only natural that the employees use their lunchbreak to check out the local businesses from time to time, obviously just for the sake of the company.

Lots of bricks, many windows, several floors and a big bird on top. Fancy!

On any day of the week, you will be able to enjoy a harmonious musical composition, produced by cars, trams, horse carriages and drunk students on beer bikes. However, if you visit the city in the summertime, you might be in for an extra treat, brought to you by one of the many street performers: An opera singer who makes you believe that you have frontline tickets at the Scala of Milan; a pianist, a guitarist and a saxophone player who seem to come straight out of the Royal Albert Hall in London; or even a giant granny rolling by in her wheelchair, like it happened right in front of the office on the 19th of June 2015. True story!

And similarly to many great buildings, this one as well has been given colour by the people working in it. It doesn’t matter who you are, if you are reading this, you will most likely know at least one person working in this office that you simply adore… or love… or like… or of which you can tolerate that (s)he communicates with you… hopefully…

Anyhow, a fact is that this building is a working home to people from many different nationalities (currently 13!), covering a total of more than 10 different languages. An office that is populated by people that accidentally eat the food of their colleagues, people that only realize at night in the pub that they have edited the report of a newcomer that day (“Oh yeah, I thought that name looked familiar!”), people that give Secret Santa gifts to colleagues for which those have no use whatsoever… And always with a smile on their faces!

In short: A cheerful bunch, in a cherished office, in a charming city. Cheers!
[spacer height=”10px”]

Davy is active in the BARE International office in Antwerp. He has a Master’s degree in Multilingual Communication, and can get himself understood properly in 5 languages. Professionally he’s mostly busy with cars and wireless speakers, topics he’s fond of in his private life as well – apart from other hobbies, such as travelling, cooking, cycling and football. 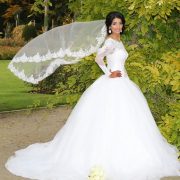 #BAREFactFriday 🍽️ What have you been doing a

🎀In the month of October, many people are excit

Haven't participated in our #sweepstakes yet? We'l

#CustomerService at its finest! 👏🤝 🛒 Ent

CX Day is October 5th and we are looking for the #

#BAREFactFriday Do you shop more

#TestimonialTuesday 💬 The dedication at BARE is

#Mondaymotivation : To be successful, you have to

#BAREFactFriday When was the last time you complai

⚠️ Be careful! Scams are circulating around an

#TestimonialTuesday 💬To thank our team members

#BAREFactFriday 🤗 Even a simple welcome can mak

🚗 Visit a car dealership. Your task will be to

#Bareshare: After a year of nearly everything in l

Road Trip in the States: A Once-in-a-Lifetime Experience